She brings more than 25 years of public and private sector experience, and has worked in countries around the world on issues ranging from small business development to infectious disease prevention and women's empowerment.

Most recently, Carol served as the Peace Corps Chief of Operations in the Africa Region covering Eastern and Southern Africa. Previously, she served a five year term as the Country Director of Peace Corps/Malawi.

Carol’s Peace Corps roots extend back to her service as a Volunteer from 1994 to 1996 in Romania, where she served as a Small Business Advisor.

Before returning to the Peace Corps as Country Director, Carol was Senior Vice President of Operations at Women for Women International, an organization serving marginalized and socially excluded women in conflict affected countries. Prior to that, Carol served as Executive Director of Accordia Global Health Foundation, a non-profit focused on creating sustainable centers of excellence in health in Africa. She served as Vice-President, Chief Financial Officer, and Treasurer of Small Enterprise Assistance Funds, a nonprofit private equity fund manager that invests in small and medium sized companies in developing countries. She has also held positions at leading private sector institutions, including GE Capital and KPMG Peat Marwick.

Carol holds a bachelor's degree from the Catholic University of America and a master’s degree in international development from the George Washington University Elliott School of International Affairs.
Peace Corps at 60: A Conversation with the Director of the Peace Corps and the President of National Peace Corps Association 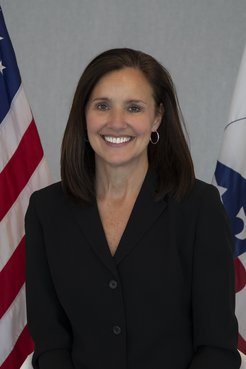